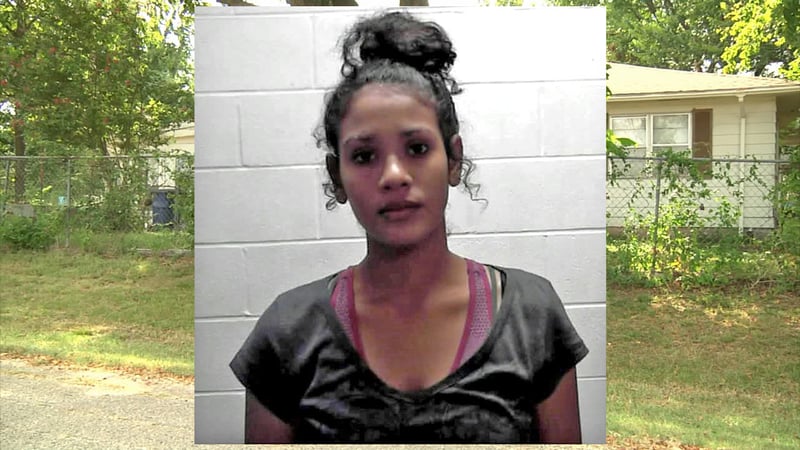 Autumn Jackson was arrested in connection with a home invasion robbery in Konawa on September 8, 2019. (OSBI/KTEN)

KONAWA, Okla. -- The Oklahoma State Bureau of Investigation said they've made an arrest following a violent home invasion in Konawa.

Autumn Jackson, 19, was taken into custody in Wewoka. Jackson is facing multiple charges -- including first degree robbery -- for the incident that occurred on September 8.

OSBI is also looking for Dustin Wood and a third person, a female, who are said to have been involved in the crime.

If you have any information about those two suspects, contact OSBI.

Jackson was transported to the Seminole County Jail. Bond was set at $100,000.