Swarms of dragonflies across 3 states are so large they're showi - KTEN.com - Texoma news, weather and sports 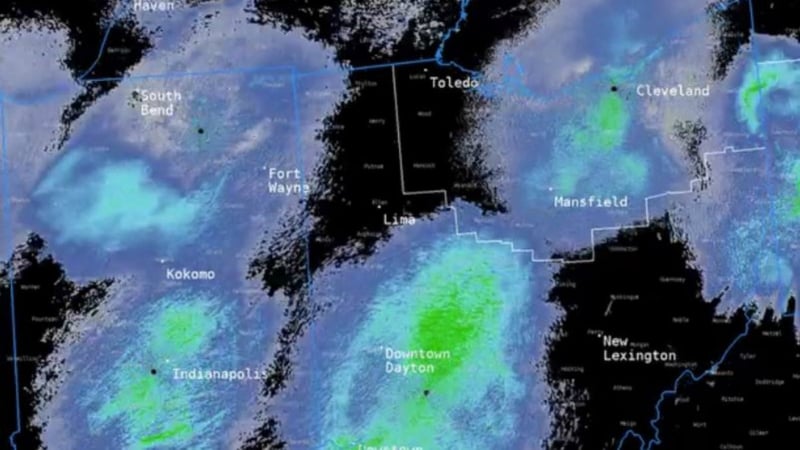 An influx of dragonflies are swarming parts of the U.S. at such an intense pace they are being picked up on radars across three states, according to the National Weather Service.

Massive amounts of dragonflies were spotted in Indiana, Ohio and Pennsylvania on Tuesday, the weather service in Cleveland said.

While we are not biological experts, we have determined (through input from our followers) that it's most likely dragonflies mixed with other insects/birds! https://t.co/5MeJXj37zq

(MORE: Mosquito milestone: Use bacteria and radiation to eliminate the bugs)

“While we are not biological experts, we have determined (through input from our followers) that it's most likely dragonflies mixed with other insects/birds,” the agency tweeted in response to a question to followers about what was being observed on the radars.

Swarms of dragonflies are known to entomologists, but the exact reason for why it happens isn’t clear.

The swarms -- which can either be static feeding swarms made up of dragonflies repeatedly flying over a defined area and close to the ground, usually feeding on clouds of small insects, or migratory swarms that involve hundreds to millions of dragonflies flying in a single direction in massive groups, often 50-100 feet above the ground -- are difficult to study because they happen so quickly, according to the Scientific American.

The Dragonfly Swarm Project helps track the swarms in an effort to better understand the insects' behavior.