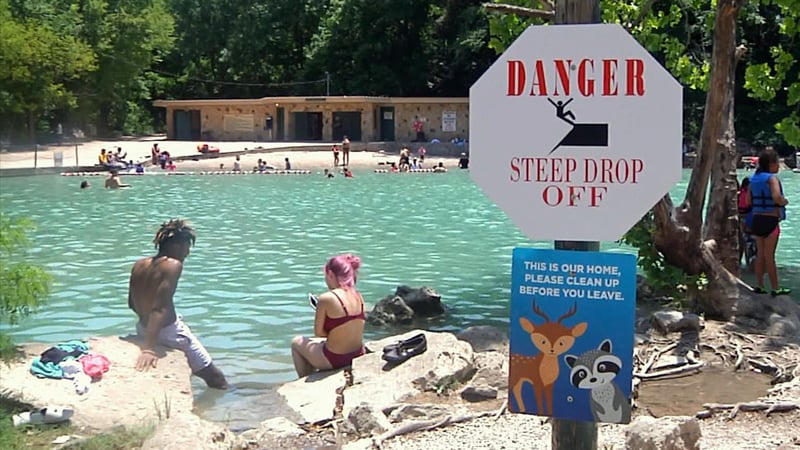 The incident happened around 9 a.m. at the pool by the waterfall, where there are no lifeguards on duty.

A witness, Omayra Escogido, told KTEN she saw one of the young men as he started going under.

Omayra and her friends called 911 and tried to offer help by tossing a flotation device in the water.

"We threw it at him, but it didn't reach all the way over there," she said.

A friend of the drowning man jumped in to help, but he, too, went under the surface.

The victims were said to be students from the University of Texas at Arlington. The state Medical Examiner's Office on Wednesday identified them as 23-year-old Ajay Kumar Koyalamudi and 22-year-old Teja Koushik Voleti.

Two people drowned at Turner Falls over the Fourth of July holiday weekend. One of them was a 27-year-old woman from India.

The park normally closes the pool by the waterfall at the beginning of October for the winter season, but after this tragedy they shut it down immediately.

"The pool's closed. The Falls pool is now closed," said Davis police Assistant Chief Dee Gregory. "There's no swimming allowed there, but people can go down to the area an look at the falls."

The pool will be closed until May, but if you ask Omayra Escogido, it should be permanently off-limits to swimmers.

"They need to shut down that waterfall," she said. "If not, they need to put jet skis, boats, water boats... something and somebody out there," she said.