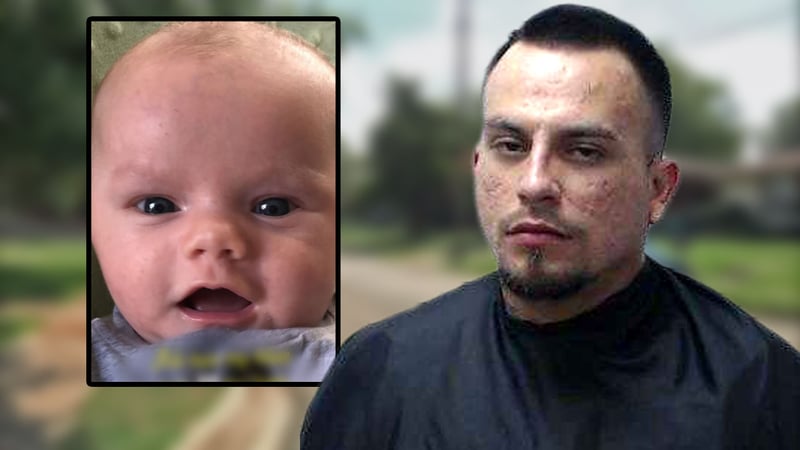 Miguel Gomez Jr. was arrested in connection with the suffocation death of his infant son. (KTEN)

SHERMAN, Texas -- A Sherman man is behind bars after his two-month-old child was found suffocated Tuesday evening.

Sherman police said Miguel Angel Gomez Jr. was intoxicated at a residence in the 2000 block of East Cherry Street. Gomez allegedly passed out in the bed next to his son, Marcelo Alexzander, recklessly suffocating him.

Gomez's girlfriend arrived to find the baby unresponsive. The two-month-old was transported to Wilson N. Jones Regional Medical Center, where he was pronounced dead about three hours later.

"It's just a shock," said neighbor Roger Thompson. "Our prayers and our hearts go out to the family, to the mother, to the first responders that showed up."

Gomez was arrested on a manslaughter charge.

"People co-sleep with their children, but you have to know if you're co-sleeping with a small infant there's a chance of this happening," police spokesman Sgt. Brett Mullen said. "People need to be aware of it, especially being intoxicated to that level where you're completely passed out, that just compounds the issue."

A grand jury will consider the case against Miguel Gomez.