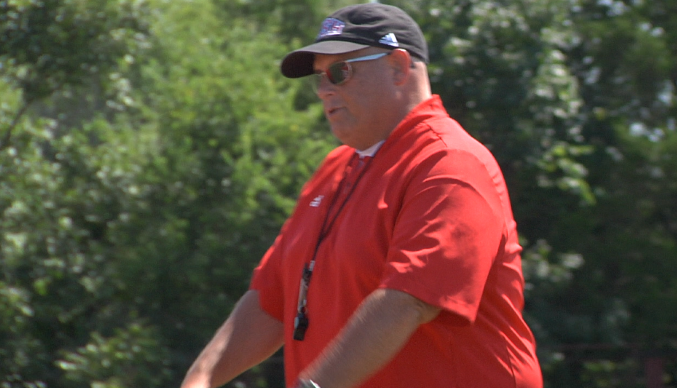 TISHOMINGO, OK - "It has been busy, but it has also been great," said Tishomingo head football coach Clint Nabors.

That makes perfect sense after Clint Nabors become the third new head coach at Tishomingo in the last 3 years, that is a ton of turnover for the players and the upperclassmen have taken the lead in yet another adjustment.

"These seniors have welcomed me in with open arms and easily they could have turned their nose up and just been ready to get through, but these guys want to win and it has been nothing but special," said Coach Nabors.

"It is hard, but I am here for football really, yeah having a new coach can be tough, but we trust this guy and we let him come in here and get us where we need to be and hopefully we will have a good season," said Justus.

"Trying to stay positive is the main thing because so many different coaches will tell you so many different things, but I think we have a good coaching staff now," said Tishomingo senior linebacker Colton Ables.

One of the main reasons the players have adapted so easily to Coach Nabors is they have a common goal, it is simple but important, win more football games.

"Everybody around town always asked when I took this job what is your saying and I am just point blank, we are here to win and I want these kids to win more than anything and they want to win," said Coach Nabors.

"We have had a few down slopes in recent past, but hopefully we are on the uprise now and if I had to say anything just keep working hard, do not quit and keep at it and it is going to turn around," said Justus.