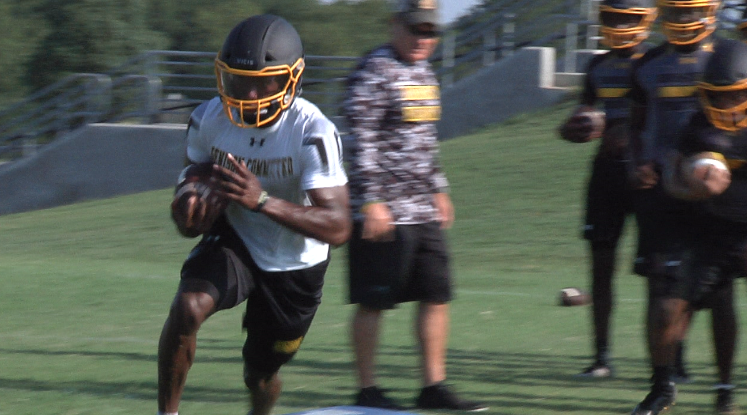 DENISON, TX - "It is crazy because we have so much talent on both sides of the ball," said Denison senior defensive tackle Jordin Hunter.

That is exactly what Yellow Jackets fans want to hear as Denison hopes to get back to the playoffs in 2019 and after scoring 40 plus points in seven of 10 games last season they think they have found the perfect guy to lead the offense to even greater heights this year.

"Zaelin is the number one quarterback right now, Zaelin knows the offense and the defense, he knows every position on the football field, he is a four year starter and he was the backup last year and started a game so the transition will be easy," said Denison head coach Chad Rogers.

"I have known Zaelin for a while and in middle school ball he was our quarterback so I am used to it so it is like riding a bike" said Denison senior center Wes Brooks.

"It is just being prefect for your teammates and holding myself and other people accountable and just being a leader that you are supposed to be at the quarterback position," said Denison senior quarterback Zaelin Wimbish.

Another essential trait for any Yellow Jackets QB is the ability to make lightning fast decisions because Denison football is not about to slow down for anyone.

"Neurons that are wired together fire together so that is a big thing for us so that we are doing things right as fast as we possibly can ," said Coach Rogers.

"You just have to stay mentally locked in and stay physical and just stay aggressive and you have to know what you are doing out there," said Brooks.

"It is just practice and preparation everyday and we just try to go as fast as we can," said Wimbish.

The excitement is there and so are the expectation for Denison, but even a ton of talent and an excellent offseason does not guarantee anything in Texas high school football.