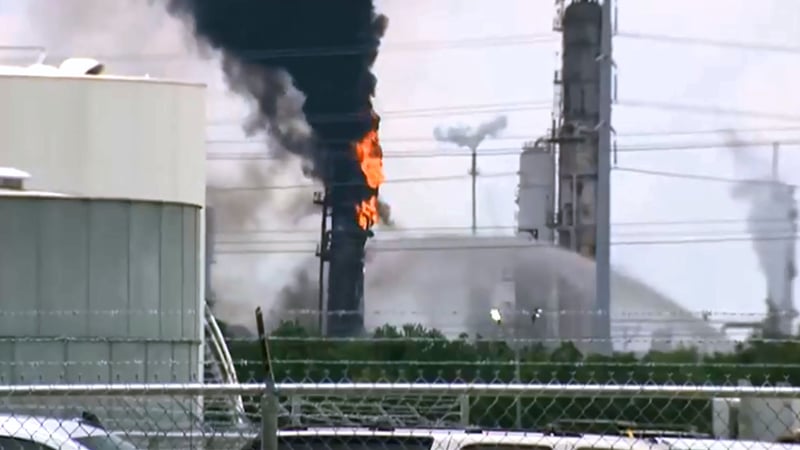 Firefighters work to control a fire at the Exxon Mobil refinery in Baytown, Texas, on July 31, 2019. (KPRC via NBC News)

BAYTOWN, Texas (AP) -- A fire burning at an Exxon Mobil refinery in Texas is sending a large plume of smoke into the air, the latest in a series of fires in the Houston area involving the petrochemical industry.

The fire broke out Wednesday at an Exxon Mobil facility in Baytown, about 25 miles (40 kilometers) east of Houston. The city of Baytown says the fire is in an area that contains polypropylene material and that Exxon Mobil has requested some nearby residents shelter in place as a precaution.

The area has seen large fires this year involving other petrochemical companies, too. In April, one worker died after a tank holding a flammable chemical caught fire in Crosby . And in March, a fire burned for days at a petrochemical storage facility in nearby Deer Park.