Progress report: The Clubhouse in Ardmore 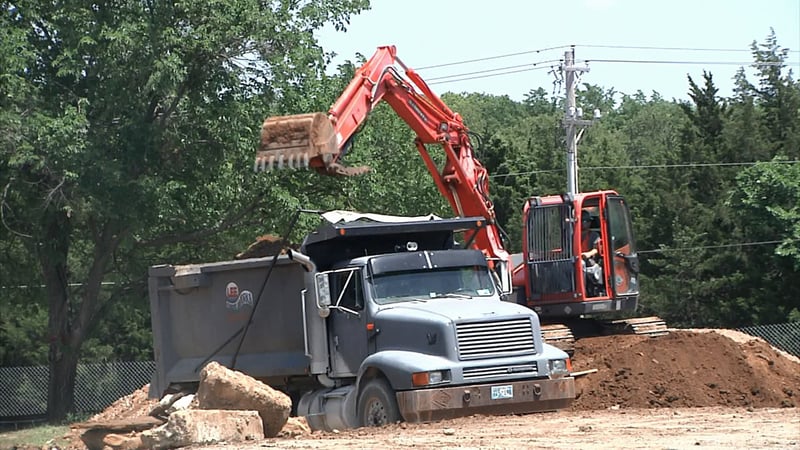 Work is underway at The Clubhouse project at Ardmore Regional Park. (KTEN)

ARDMORE, Okla. -- Construction is underway on one of the most anticipated projects in the City of Ardmore. Work on The Clubhouse, a family entertainment center, is moving right along at Regional Park.

"We're right on schedule, actually," said Parks and Recreation Director Teresa Ervin. "The rain that we have had -- and we've had some rain -- hasn't put us behind."

The weather is something that contractors and construction crews plan for. Crews set aside projects that could be done in any weather for the rainy days.

"For instance, when they were separating the tires from the metal," Ervin said. "That was something they could set on the asphalt and do. So they maybe saved that for when it was going to be wet."

The Clubhouse is still in the early stages of construction. Crews are working to clear the land and lay the groundwork for the building's base.

The physical construction isn't the only thing making headway for the project. Talks have already begun about what the center's obstacle course will look like.

"There are seven to eight elements on each level, and we will have two lower levels and two middle levels, with room to grow on some high level that will be like for the experts," Ervin explained.

It may not look like much now, but each day The Clubhouse is closer to completion.

The Clubhouse is still on pace for a 10-month construction schedule, so barring a crazy winter, look for an opening date early next year.