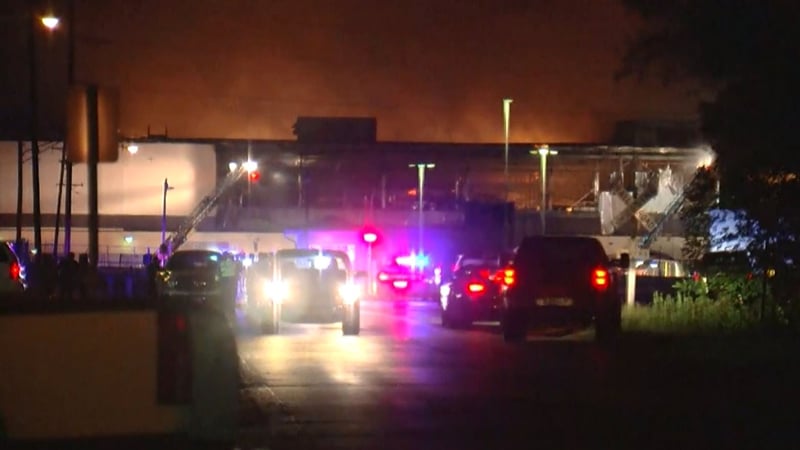 The fire at a Muskogee, Oklahoma, paper plant was started by an exploding forklift. (KJRH via CNN)

The fire and explosion that followed occurred shortly before 10 p.m. Monday at the Georgia-Pacific plant in Muskogee, about 50 miles (80 kilometers) southeast of Tulsa.

Cole said firefighters were still trying to determine what caused the blaze and that reports that the fire began on a propane-fueled fork lift are unconfirmed.