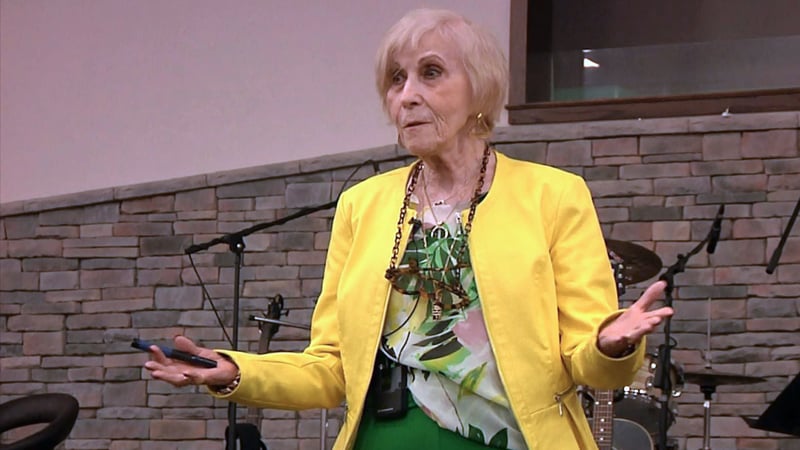 Holocaust survivor Rachel Miller addressed students and adults in Madill on May 8, 2019. (KTEN) 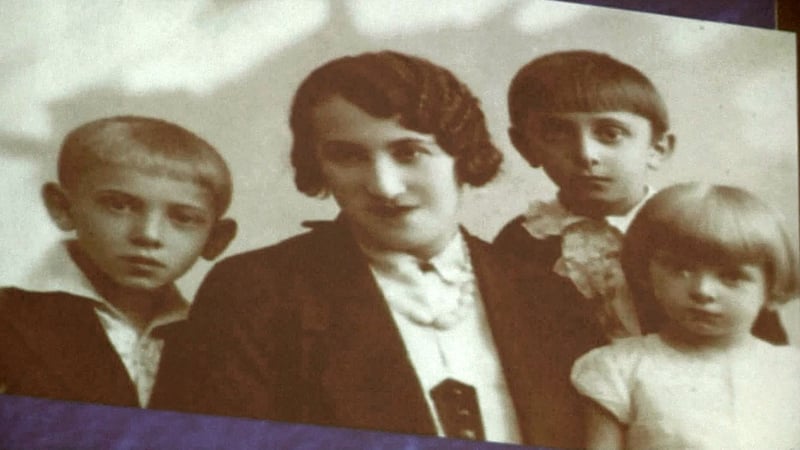 Rachel Miller's mother, two brothers and sister died in the Holocaust, along with her father. (Courtesy)

"My family was taken away," she recalled. "My father was murdered. My family --  my mother, my two brothers, and my sister -- were murdered as well in Auschwitz. My mother, before she was taken away ... sent me away to the country, so this is how I was saved."

Miller was nine years old when she was left orphaned. She had to constantly lie about who she really was, and was always on guard.

"I was in several hiding places, she said. "When I was with my aunt, I was 'Rachel' ... and when I was in hiding, I was 'Christine,' so I kept changing identity from one time to the other."

Now 85 years old, Miller continues sharing her story of survival when the odds were against her.

"I hope that it has some impact on the students and the adults and to realize how inhuman one person can be to the next," she said.

Rachel Miller travels all over the country with the Hannah Ida Urman Foundation to tell her story, hoping that listeners can learn from it and spread a little bit of love and hope.

"In reality, how much longer can I speak?" she asked.

On Wednesday, she related her poignant testimony to hundreds of 6th through 9th graders in Madill. Her remarks were also live-streamed to the rest of the school that couldn't fit in the First Baptist Church.

"I just feel, the town feels really chosen... that she could choose one of these towns, just so small and just so that we don't hear it through news stories and documents... that we can hear it in real person," said student Maryn Mancini.

"I think just hearing history from first-hand folks is most important," she said.

Rachel Miller isn't alone in sharing her story of the Holocaust. She's joined on the tour by Sharon Hannah Berry sharing the story of her father, who also survived the Nazi atrocities.

Their next stop is Kansas City.