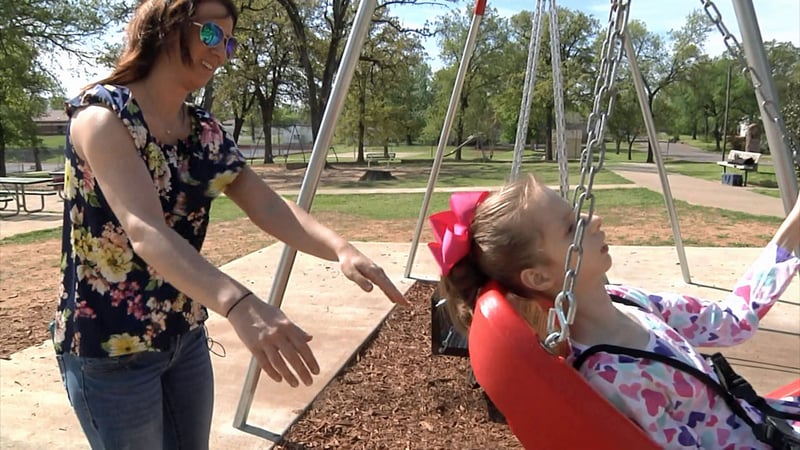 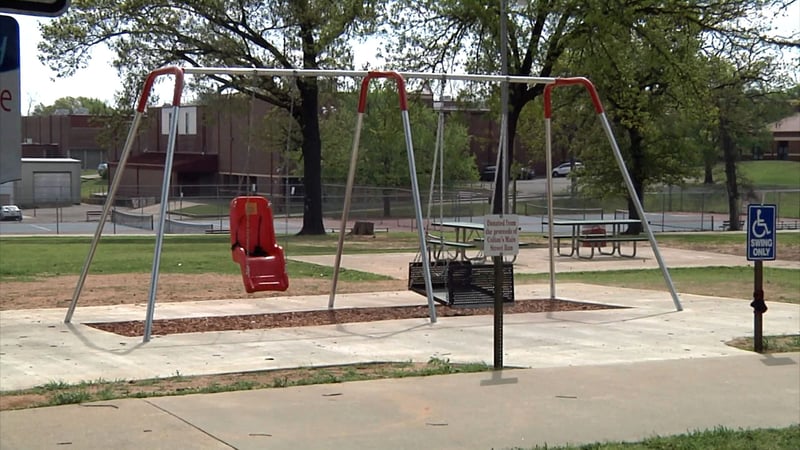 DURANT, Okla. -- For any child, a visit to a playground is a fun pastime.

But for Morgan Anthony and her daughter Hadley, a ride on a swing is a gift.

"She's just so happy out here being outside; just the simplest thing as a swing can change things," Anthony said.

Hadley has cerebral palsy, and playing like other kids was never an option until a handicap-accessible swing was installed at Rocket Park right down the street.

"I try to make her life as normal as I possibly can," Anthony said. "I try to take her everywhere like the park, and she can't play on the big playground, so this is something she's actually able to enjoy."

It's a simple pleasure made possible by a couple who knows what it's like to have a child born different.

"Trace and I had a son, Colton, who had passed away in 2008 from congenital heart disease," said Dena Sherrill.

Since then, she and husband Trace have headed several projects in partnership with the City of Durant, focusing on making the city more inclusive.

"Having a child enjoy the things that other children take for granted is something that's pretty awesome to see," said City Manager Tim Rundel.

On Wednesday, the Sherrills were able to witness the impact of their swing for the first time.

"Sometimes the simplest things can have a big impact," Trace Sherrill said. "I think seeing Hadley use the swing today just sort of a culmination of this project."

"To see Hadley lean back in that swing and almost go to sleep... that means she was relaxed, and she was happy... but that makes me happy," Dena Sherrill added.

"Just the simplest thing as a swing can change things," she said.

The city now has plans to add handicap-friendly swings at two additional parks.