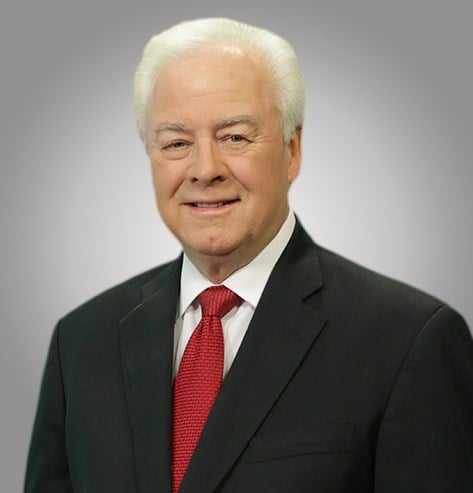 Alan grew up in Eastern Oklahoma near Tulsa in Coweta, Oklahoma. He became very interested in weather after seeing his first tornado.

Alan joined the Air Force in 1976 and began his career as an Air Force Meteorologist.

After his military career he worked at KWTV in Oklahoma City. Ready for new challenges, he moved to WSYX in Columbus, Ohio.

Alan became Chief Meteorologist at KTEN in 1995. Alan holds the American Meteorological Society's "Seal of Approval," which was awarded in 1988.

Alan has a Bachelor's degree in Weather Forecasting and has completed a course in Doppler Radar from the National Weather Service.

Alan has also received numerous awards, including being voted "Best in the Air Force," as part of a five-man forecasting team. Alan has forecasted weather and provided pilot weather briefings for NASA and the Blue Angels.

Alan is married with three daughters and two stepsons. He and his wife Marla do a prison ministry. The whole family loves camping and fishing, which makes Texoma a great place to live and KTEN a great place to work!

If you have any comments or weather questions, e-mail Alan at amitchell@kten.com