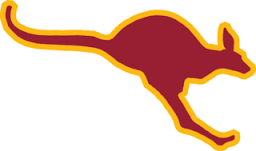 Savage, a senior guard from Tulsa, Oklahoma led the ‘Roos in scoring in both of the team’s victories last week, putting in 12 in a balanced effort against Hardin-Simmons before scoring 19 in a blowout win over Hendrix. Savage averaged 15.5 points, 5.0 rebounds, 5.0 assists, and 1.5 steals while shooting an incredible 69.2% from the field and 80% from three-point range.

Savage connected on 8-of-10 threes to help the ‘Roos go 2-0 on the week, including burying 6-of-7 in the win over Hendrix. Savage currently leads the SCAC with a 52.8% clip from beyond the arc and is second with 4.9 assists-per-game.

Austin College athletic teams participate as a member of the NCAA Division III and the Southern Collegiate Athletic Conference.