Key Denison interchange to get makeover 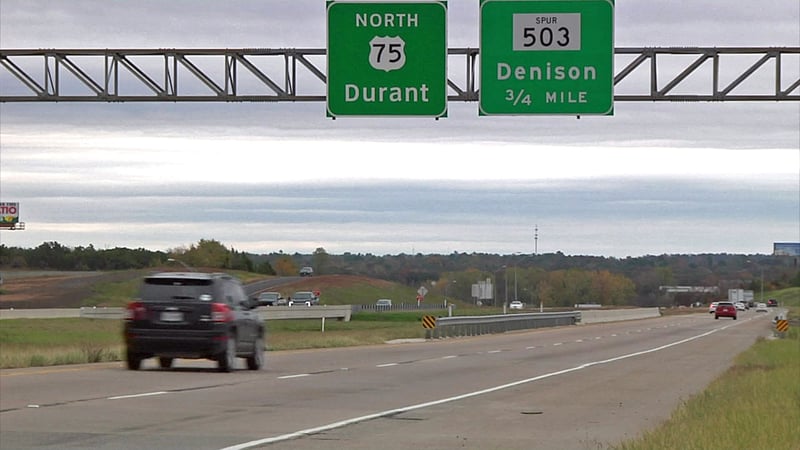 Plans are being made to change the alignment at the intersection of U.S. 75 and Spur 503 in Denison. (KTEN)

DENISON, Texas -- Changes are coming to a portion of U.S. 75 in Denison. The City Council this week approved funding to reverse the ramps on the highway's southbound lanes at Spur 503, Eisenhower Parkway.

With recent growth and development in the Gateway Village area, easier access is needed to accommodate the increase of traffic, so a new project between the Texas Department of Transportation and the Denison Development Alliance is in the works.

"The Spur 503 interchange in connection with 75 is going to be changed, and the ramp that currently exits 75 to get to 691 will be an on-ramp," explained DDA executive William Myers. "It will improve access to the area. Whenever Highway 75 was first put in there, was no development in this space."

The project also plans to move the on-ramp to southbound U.S. 75 so that it's not as close to the FM 691 interchange to the south.

"That's just a cost that we feel like will promote development, encourage development, on the south side of Denison," Myers said.

That funding was approved on Monday.  Design work on the project will take several months, and construction is expected to start about 12 months from now.