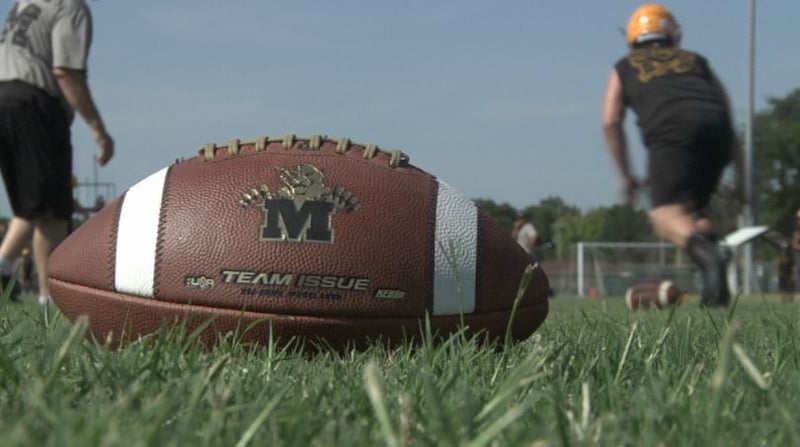 The Todd Vargas era is in full swing in Madill.

"He brings a lot of energy we've never had before," Madill junior quarterback Asa Robertson said. "Everything is new, everything is exciting and I think we'll have a great year."

"It's pretty exciting, you know, seeing all my brothers get better," Madill senior Dakota Vanderburg said.

"We have a vision far deeper than football, this staff and administration does," Madill Head Coach Todd Vargas said. "That's helping these young men become great men. I've lived in Madill 33 years of my life, I've got a lot invested in this community and I love this community."

"We don't have a starter, we don't have preseason all-staters, but we've got a bunch of blue-collar kids," Vargas said. "They want to play and they play hard.

but they are aiming to do whatever it takes to defend the M.

"It's all about family," Robertson said. "We've got a family culture out here and everybody is defending the M together. We feel like we're going to war out here together."

"No matter what we are doing, if we are out in the community or here on the field,  we're representing Madill," Vanderburg said. "We're going to bring everything Madill has to offer."

"This is a whole team," Vargas said. "This is players, coaches, it's not a one man show. It's not what one person brings, it's what we all bring. We're going to defend the M."

Madill opens the season August 31st at home against Sulphur.