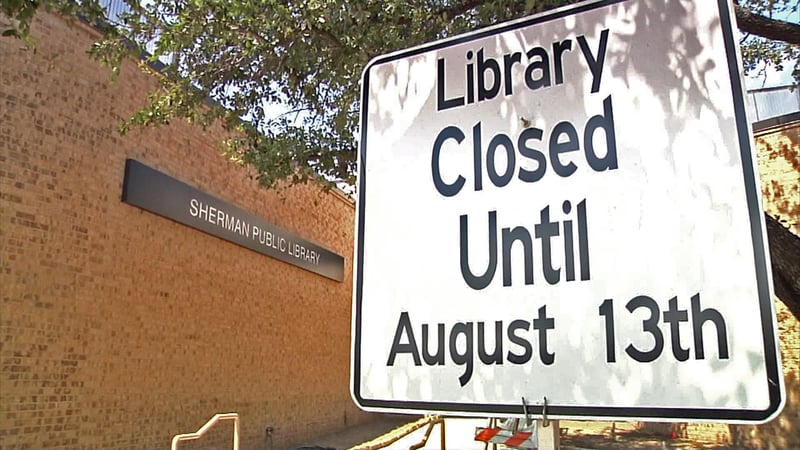 The Sherman Public Library will reopen 15 months after an arson fire. (KTEN) 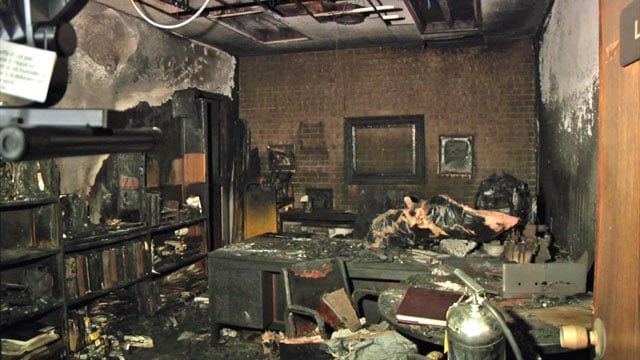 Smoke and fire damage caused by an arsonist at the Sherman Public Library on April 26, 2017. (KTEN) 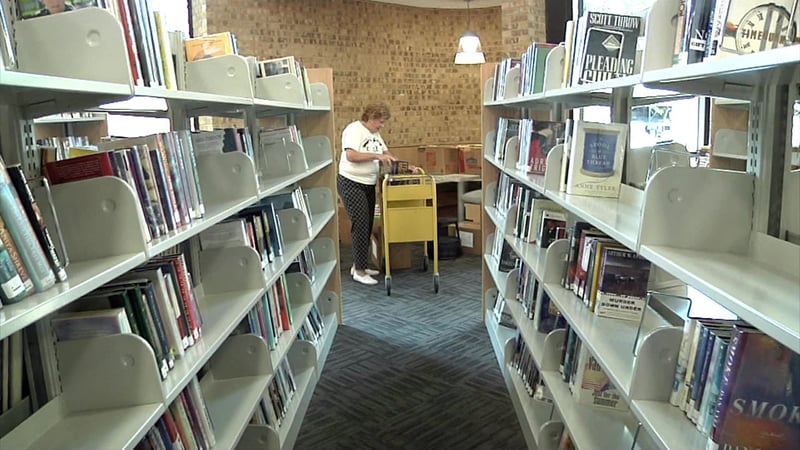 Sherman Public Library employees are getting ready for the facility's reopening on August 13, 2018. (KTEN)

SHERMAN, Texas -- Just in time for the new school year, the Sherman Public Library has set the date for its grand reopening after a devastating arson fire.

The library's parking lot at 421 North Travis Street is one of the last major things to finish before welcoming patrons back on August 13.

The building had already been scheduled for renovations before the April 2017 fire accelerated those plans.

Staffers said once the building opens, they'll restart some of the same programs they had going before the fire. They also already have some ideas for the next fiscal year.

"We're hoping to have like an outdoor park area with a gazebo and some instruments," said Library Services Administrator Melissa Eason. "We'll start on that after October."

Other projects that remain before August 13 include re-shelving books and landscaping.

The Sherman Public Library is also planning to have a grand opening carnival on Saturday, August 18 from 11 a.m. to 2 p.m., featuring rides, food and games for the entire family.