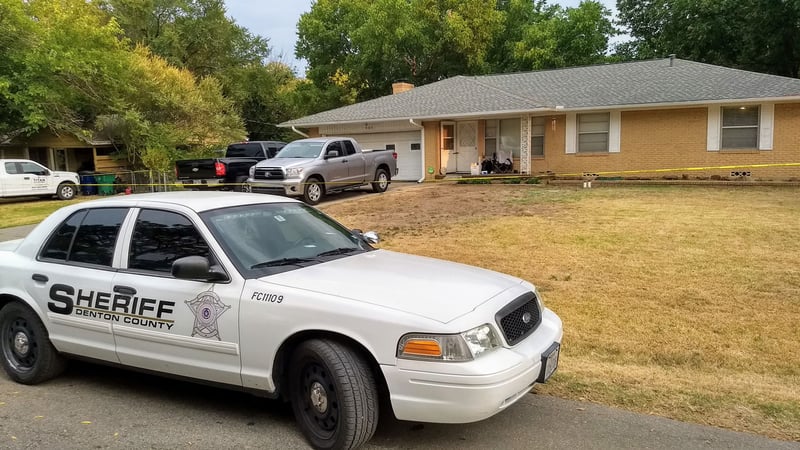 A Pilot Point police officer shot and killed a man with a gun at this residence on July 27, 2018. (KTEN)

According to initial accounts, officers responding to reports of a fight in progress saw a man with a gun in the driveway of a residence in the 500 block of East Division Street around 11:15 a.m.  Police said the officers saw the man enter the house and then followed him after hearing sounds of a struggle.

The suspect was pronounced dead at the scene, and another person was hospitalized with "multiple injuries" sustained in the fight.

No names were released.

Pilot Point is located in the northeast corner of Denton County, just south of Cooke and Grayson counties.