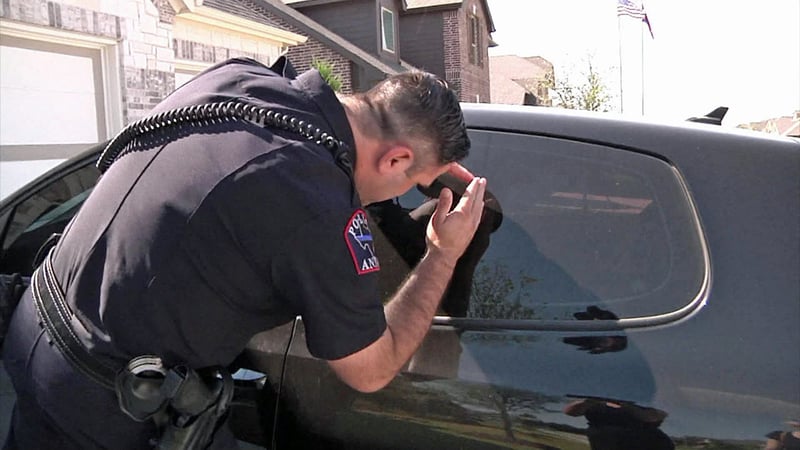 Anna police will make special vacation checks at homes that are vacant for extended periods. (KTEN)

ANNA, Texas -- Summer isn't over yet, but if you have any vacation plans, are you leaving your house protected?

Through its Vacation House Watch program, the Anna Police Department is offering to pay special attention to homes it knows will be vacant.

"It's good to know somebody's got your back," said homeowner Neal Graf, who already has a security system in place.  "I have cameras about four different angles around the house."

"It's a really good service for the community," he said. "A lot of people don't know that we do this, but we do."

Graf has actually seen officers in action doing this for his neighbors.

"They go through pretty slow, and you can tell that they are checking things out," he said.

Police said they pay close attention to doors, windows, and even license plates.

"We ask for the resident to provide information such as vehicles in the driveway and things like that, so we know if anything is out of the ordinary," explained Anna police Lt. Pete Copin.

Signing up for Vacation House Watch is as simple as filling out a form on the police department's website.

"It just gives them peace of mind so that they can focus on the family and not if everything is okay at the house," Copin said.

And the word is spreading.

"It's a benefit I didn't know was here in Anna, so knowing now that it's out there, I am really interested in it."

Other Texoma police departments -- including Durant, Ardmore, Denison  and Madill -- offer similar vacation watch services. Check with your local police agency to see if a similar program is available in your neighborhood.