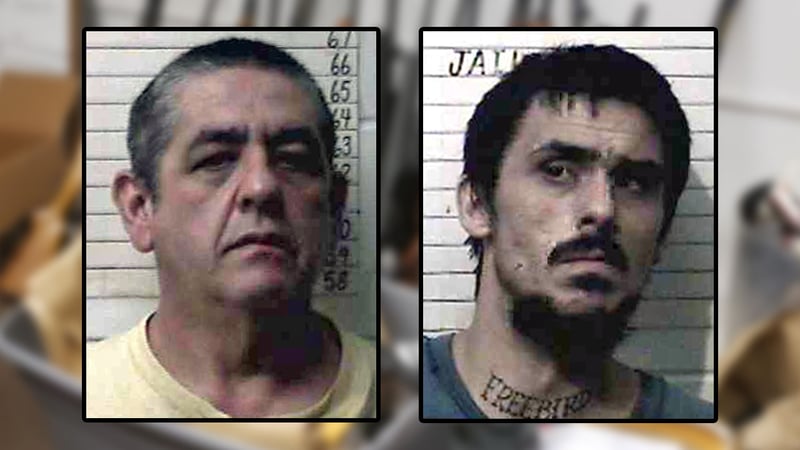 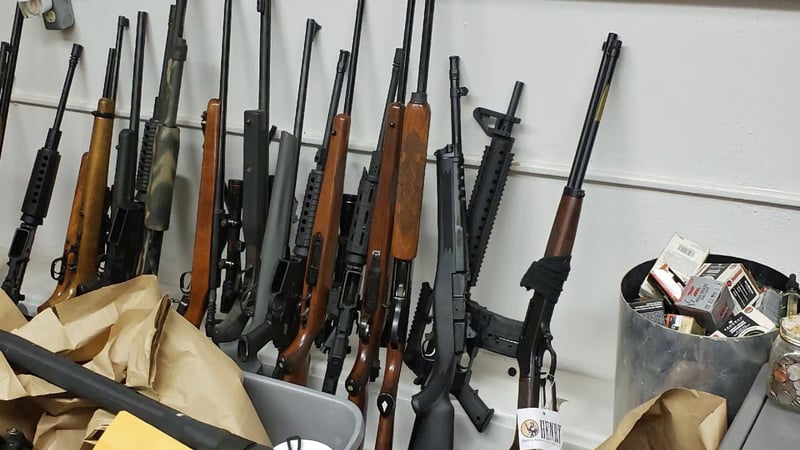 The Choctaw County Sheriff's Department seized weapons, drugs and explosives from the home of Bucky and Dylan Ensey. (KTEN)

CHOCTAW COUNTY, Okla. -- Gunfire led Choctaw County authorities to a home between Boswell and Soper where they said they discovered meth, marijuana, and explosives.

Sheriff Terry Park said there were reports that multiple people were shooting at each other near the intersection of U.S. 70 and Unger Road on Tuesday evening.

"Upon our arrival, a father and son were arrested," Park said in a statement posted on Facebook. "While investigating the shooting, evidence of other crimes was discovered."

After obtaining a search warrant, investigators found drugs, explosives and firearms at the property.

Bucky Ensey, 50, and Dylan Ensey, 28, both face charges of aggravated distribution of a controlled substance and possession of a firearm in commission of a felony.

"People, we seem stretched out a little, but with the help of the good Lord, it all worked out," Park wrote.