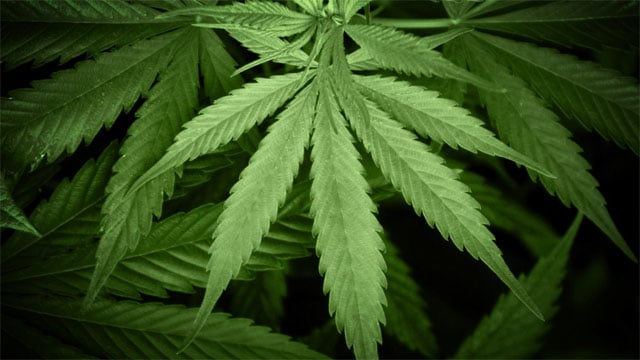 DURANT, Okla. -- While medical marijuana is now officially legal in the State of Oklahoma, there are a few steps that need to be taken before the law can be enforced.

The big question today is: When can people buy and use medical marijuana?

"I don't think it's hit me yet," said Todd Larkin, an Army veteran who suffers from post-traumatic stress syndrome. He said the drug saved his life, and he advocated for passage of State Question 788.

"Yes, it's up to us to vote, but it's up to legislatures to make the laws and pass this and get it rolling for us," he said.

Gov. Mary Fallin said she would call lawmakers back to Oklahoma City for a special session if the measure was approved.

"I believe, as well as many Oklahomans, this new law is written so loosely that it opens the door for basically recreational marijuana," Fallin said in a written statement. "I will be discussing with legislative leaders and state agencies our options going forward on how best to proceed with adding a medical and proper regulatory framework to make sure marijuana use is truly for valid medical illnesses.”

"I think we need to put as much regulations as we can to make sure it's medical and not recreational," said state Rep. Pat Ownbey (R-District 48).

"I'm very concerned about the one element in the question that says there are no qualifying conditions," added state Sen. Frank Simpson (R-District 14).

The Oklahoma State Health Department announced Wednesday that it is already working to determine the best way to implement the medical marijuana measure.

Under terms of the state question, a person 18 years or older would need to apply for a medical marijuana license receiving a note from their doctor. The health department said they will have information about the application process next month.

Last week, the board published a 63-page draft of restrictions to impose on the program, including safeguards for children and security.

"It may take some time to fully implement all of the steps recommended in preparation for this new program, but we will continue to work to meet the letter of the law and to protect the health and safety of all Oklahomans," said health department interim Commissioner Tom Bates.

Medical marijuana supporters are happy to know that the ball is officially rolling.

"It's going to take a lot of work, but I'm excited to see where we go from here," Larkin said.

Although many envision that pot will bring economic growth, others worry about how the drug will be regulated.

"There are words in there they need to rework," said Ardmore resident Susan Hartman. "I teach school; I teach little ones, and I just see so much of that with their parents. You know... in and out of jail... and that just leads to stronger things, and I just don't believe in it."

But Chris Daniels sees more than a medical benefit to marijuana.

"In Colorado, you hear about how good their economy is, so why wouldn't you want to boom your state's economy?" he asked.
If marijuana offers the medical relief promised by proponents, that's something most people say they can get behind.

And Tyree Bennett was surprised to see that the marijuana measure passed in Oklahoma.

"We're a little slower in our ways of living," he said. "We're not fast-paced and hip to the East and West Coast."