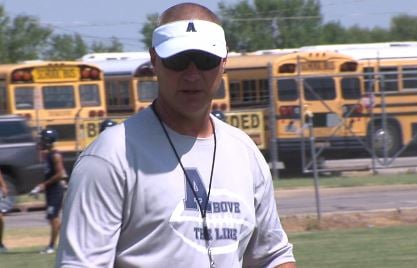 MADILL, OK. -- Madill has a tough chore ahead of them next season, The wildcats move up to 4A in football and face some big name opponents, but they believe they have a key piece to see them through the move.

Thursday at a school board meeting, Todd Vargas was officially named the new football coach of the Madill Wildcats.

Vargas was out in Altus for the past four seasons. Two as the defensive coordinator, which included a 5A state championship, and the more recent two as the head coach.

During his tenure as the head coach he oversaw a pair of 10 win seasons and only three district losses, in a field that included Ardmore and Lawton MacArthur.