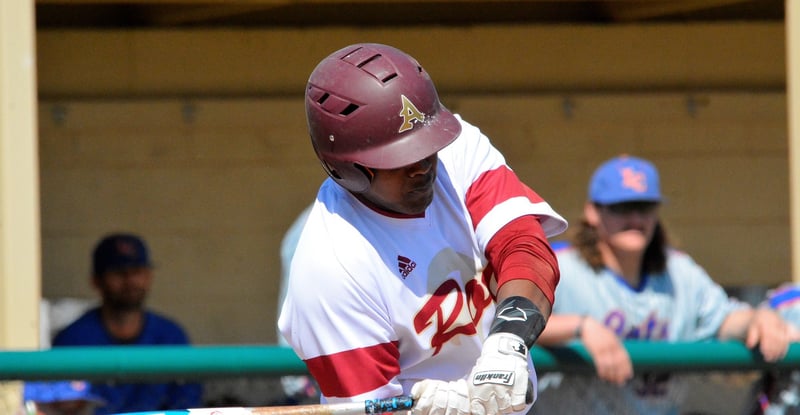 SHERMAN, TX – The Austin College baseball team dropped both halves of its doubleheader against No. 2-ranked Trinity University on Saturday, as the offensive firepower for the Tigers proved to be too much in a 26-4 game one loss and a 17-9 defeat in game two. The 'Roos are now 6-8 overall and 0-2 in Southern Collegiate Athletic Conference play.

In game one, Trinity jumped out to a 2-0 lead after one and the lead grew to 6-0 following a four-run second inning for the Tigers. Trinity then added six runs in the fourth to push it to a 12-0 game, with Jake Martin blasting a 3-run homer in the inning. The 'Roos got on the board in the bottom half of the fourth with an RBI single by Josh Boring.

Trinity tacked on three more runs in the fifth, and then exploded for 10 runs in the sixth to go ahead 25-1. The Tigers had two homers in the inning, including a grand slam by Parker Cormack as well as Martin's second homer of the game. Nick Flynn drew a bases loaded walk in the bottom of the sixth to make it 25-2, and after another run came across for the Tigers in the seventh, Justin Alphonse and Cody Goggins each knocked in a run to make it a 26-4 final.

Christian Thomas took the loss for Austin College, surrendering eight runs (four earned) on five hits with seven walks in 3.0 innings of work. Overall, the 'Roos issued 13 walks in the game. Goggins went 3-for-3 to lead Austin College at the plate, while Martin finished 4-for-4 with seven RBI to pace Trinity.

Martin opened up the scoring in game two for the Tigers, singling in a run in the top of the second. Trinity added two more runs in the third to go ahead 3-0, but Austin College got a 2-run homer from Flynn to kick off a five-run bottom half of the inning and take a 5-3 lead. Martin homered for the third time in the doubleheader in the fourth as Trinity got three runs back to take a 6-5 lead.

Austin College squared things up in the bottom of the inning when Boring scored on a balk, but Trinity would score 10 unanswered, with five runs scoring in the fifth, two runs in the seventh, and three more in the eighth to make it a 16-6 game. Oscar Gonzalez and Austin Dudley each drove in a run in the eighth to cut it to 16-8, and the teams traded runs in the ninth to make it a 17-9 final.

Chase Almaguer took his first loss of the season, falling to 3-1 after giving up seven runs on seven hits in 4.0 innings of work. James Wyche went 2-for-4 with two RBI and Boring added a 2-for-5 performance to lead the 'Roos offensively. John Tucker and Rafe Chaumette each drove in four runs to lead Trinity, while Jeff Lonnecker got the win in relief, striking out 10 batters in 5.2 innings after coming on in the third inning.

The 'Roos and Tigers will wrap up their series tomorrow with a single game at 12:00 p.m. at Baker Field.