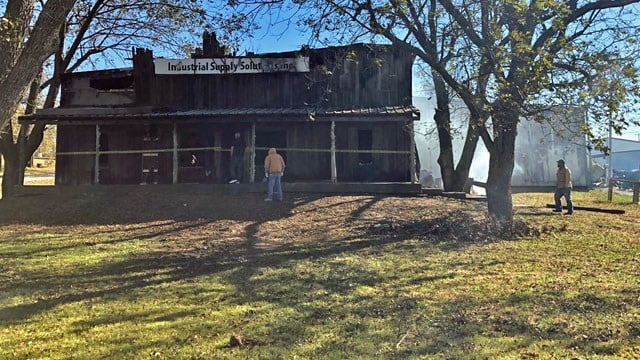 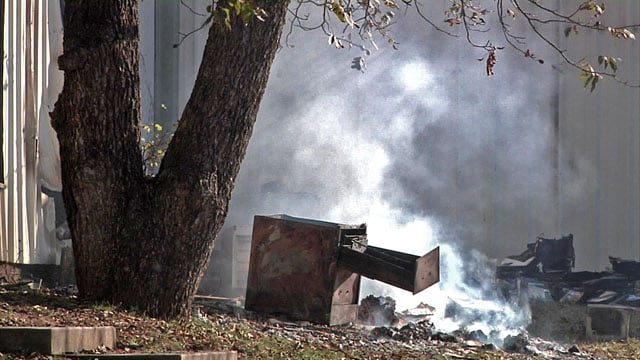 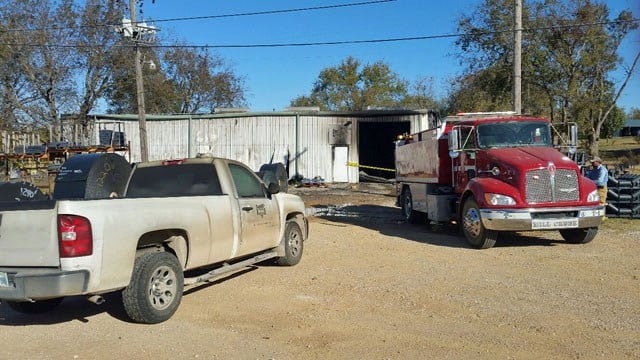 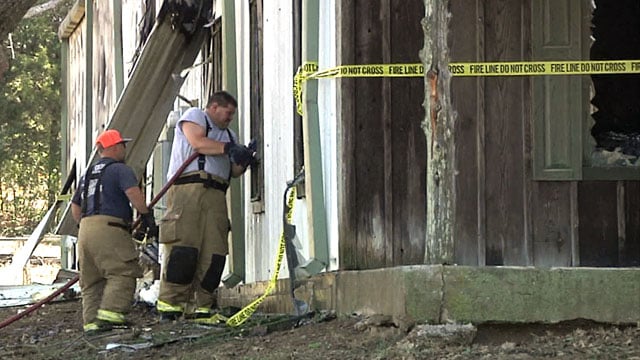 Michael Crall, who manages the facility, said he got the call just before 4 a.m. "He said, 'Your building is on fire.'"

The structure at 102 North Chickasaw Avenue was said to be a total loss.

Officials said the fire began in the front office area and then spread to the warehouse.

"There's quite a few hazardous materials, and then there was also three vehicles stored in the warehouse," Crall said. "There was propane and gasoline and diesel."

No one was hurt, but Crall said nothing inside the warehouse is salvageable.

"All the inventory outside is fine, but the offices, the warehouse.... everything inside is destroyed."

One vehicle was saved. The state fire marshal's office was at the scene to help determine the cause of the fire.

"I feel terrible," said Michael Crall, who manages the facility. "This is going to slow our operation down quite a bit."

The eight employees at Industrial Supply Solutions provides equipment to rock-crushing operations across Oklahoma and Arkansas -- an important economic engine in this tiny community of about 300 residents in northwest Johnston County, 14 miles northwest of Tishomingo.

But the fire isn't putting them out of business.

"Not at all," Crall said. "I am going to go buy some printers, and we are going to get back into operation tomorrow."

"We are not out of business, in no way, shape or form," Crall said. "We have branches in the general area where we can pull inventory from."

It took about two hours to knock down the flames early Monday, and Mill Creek firefighters were still working to extinguish hot spots on Monday afternoon. They received mutual aid from Sulphur, Connerville, Ravia, Reagan and Tishomingo.