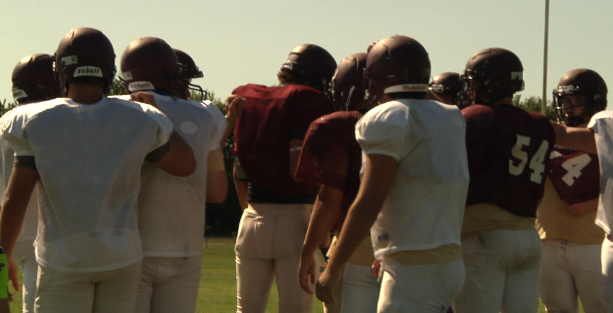 WHITESBORO, TX. -- "The word potential is a dangerous word," Whitesboro Head Coach Eddie Gill said. "We've got a lot of kids returning, but we tell them all the time to be present and be as good as you can be on that day."

The Whitesboro Bearcats have weapons all over the field, and with the help of 15 returning starters it could be a special season.

"There is a little bit different feel this year," Gill said. "The kids have a little more pep in their step even when it's 100 degrees outside. It's going to be a lot of fun and hopefully if we do what we are trained to do, we'll have some success."

"It'd mean everything, it would make it complete," Whitesboro senior Weston Hickman said. "That is definitely the goal. I say goal, but it's what we are going to go do, nothing short of the playoffs."

"It'll be a challenge, but I think this team is ready for a challenge," Whitesboro senior Nolan Frith said. "We're up to it and we know it has to be done. We're going to go out every week and play to the best of our ability."

The Bearcats are going for their 7th straight trip to the playoffs, and they know playing in the tough 5-3A district will prepare them if they get there.

"For the last four, in the first round we have been able to surprise some people even though we finished third or fourth in the district," Gill said. "We go out there and we have won the first round game and a couple of times the second round."

"It helps prepare us a lot," Frith said. "We have some tough district rivals to beat and that gets us ready for week 1,2,3 of playoffs."

"We can't just come in and blow over everybody," Hickman said. "We come in determined and aggressive enough to win it."