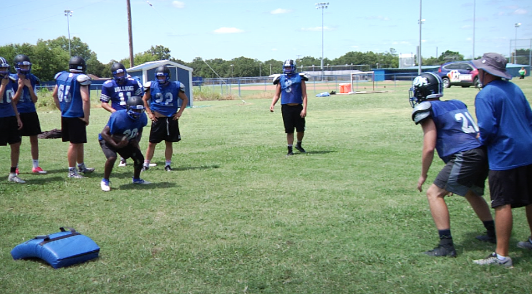 HEALDTON, OK – “This group has been to the playoffs, they’ve been two rounds deep and know were a looking to win district championships,” said Healdton Head Coach Mark Barrett.

Making the jump from squeaking into the playoffs to becoming state title contenders is no easy task, but Barrett believes he has just the bunch of grizzled veterans to take that next step.

“We have nine guys on both sides of the ball coming back and they sort of know the routine and we know what to expect from them,” said Barrett.

“We have got eight returning starters on offense and we’ve got good leaders with our seniors,” said senior quarterback Denton Miller.

This tight knit group of Bulldogs seniors wants to make sure they leave their mark on Healdton High School.

“I really think this group of seniors really wants to push and make Healdton become a traditional power,” said Barrett.