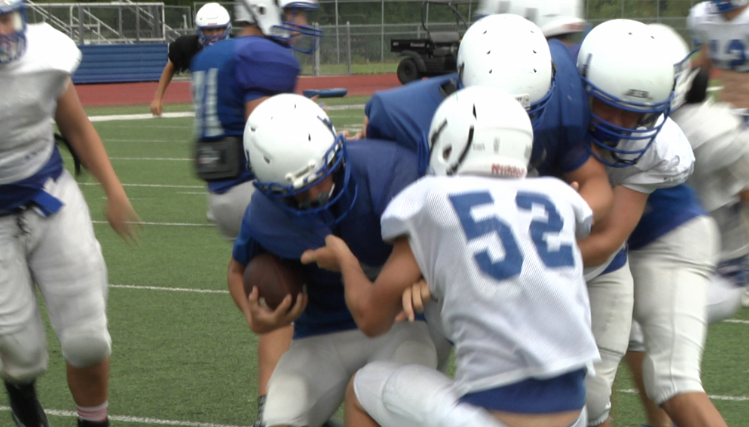 The Van Alstyne Panthers are prepping themselves for 2017, A season in which 17 seniors will don the panther uniform for the final time.

"It's really awesome," Van Alstyne senior Tyler Neshyba said. "I love the coaches, the players. I grew up with all of them and it's just a lot of fun. They keep a good atmosphere and are never too angry."

"It's been a real blessing," Van Alstyne senior Ty Cosper said. "We have a great coaching staff and Godly men, and I wouldn't want to be anywhere else."

"We're hoping that helps a lot, anytime you have guys that have been through the battle and have been here on Friday nights," Van Alstyne head coach Mikeal Miller said. "We will have some young guys, some sophomores, that will play, and that just helps edge those guys along a little bit."

Of course, playing in one of the toughest districts in the state also encourages quick development for the underclassmen.

"I think the last few years have proven, if you go through a gauntlet like this and get in, you're prepared to make a run in the playoffs," Miller said.

"It helps a lot," Neshyba said. "If we played bad teams in district then went to the playoffs and play a team like Sunnyvale or someone that is really good, then we wouldn't win."

And they will be looking for the school's first playoff win since 2013.

"I expect us to have a really good season," Cosper said. "We have quite a few returners and pretty good talent."

"We have a lot of big guys on the line and a lot of fast guys on the outside, so I think we'll do good," Neshyba said.

"Hopefully we can make a run at a district championship and a run into playoffs like (the goal) is every year," Miller said. "We've got a good group of seniors this year that I think can help us get over the hump."