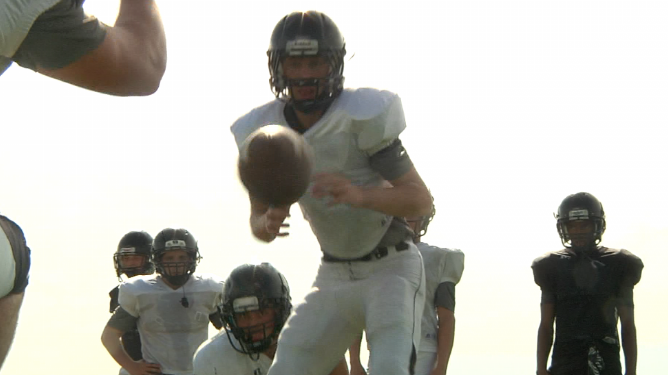 "We're going to throw the ball around a little bit," Howe Head Coach Zac Hudson said. "With Ty (Hudson) out wide at 6-6, it's a different aspect to our game and I'm anxious to see how it works."

Throw the ball with incoming freshman Cirby Coheley, who brings a big baseball quality arm to the Bulldog offense.

"We're not going to put him in bad situations early, but he is a competitor so we're looking forward to that," Hudson said.

The Bulldogs have a history of winning at least a game when they make it to the playoffs, but this season they have their eyes set on playing well past their Thanksgiving break.

"We need a better chemistry than we've had before," Howe senior Winston Mosse said. "We have a lot of guys here that have been really close for a couple of years. I think we're ready to take that next step."

"We traditionally get in and do some good things," Hudson said. "These kids know how to do that. This staff, this school they know what it takes. They understand the expectations, and we have to keep those expectations there."

"It gets a lot of people going," Mosse said. "It gets everybody up together. It's one of the things the whole community likes to join and participate in, and I think it brings the town together."