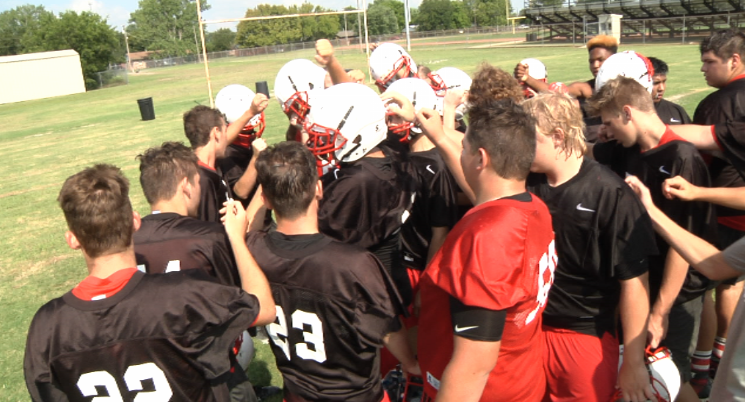 The Tishomingo Indians head into 2017 with a lot of youth.

Trenton Valle is the lone senior on the squad, but it's the quality that stands out to his teammates.

"Looking up to Trenton and having him be the lone senior, yes it will be tough, but he's a phenomenal leader and is going to giver the greatest effort he can," Tishomingo junior Kreed Heiskell said.

"I want to be a positive role model," Tishomingo senior Valle said. "When I leave, I want them to look up and say, 'Well, he did that so I'm going to try to do better.'  I want to come back to the field here and say, 'Y'all did better than me.' That's what I'm trying to get at."

And it all started in the summer camps, where Coach Nic Claborn saw an 87 percent attendance rate.

"Really proud as a coach to see what they did this summer," Claborn said. "That gives us a lot of confidence when we are going into the season. We didn't have to make phone calls or go pick kids up to try to get them up here, they were here before we were a lot of times."

Last season, the Indians were at home while the 2A playoffs rolled on. This season, they want to be right in the mix.

"Yes, our numbers are low," Heiskell said. "Like Trenton said we only have 28 kids, but these 28 are here to play. We're here to get after you and give great effort."

"We got close last year, the closest we've been since I've been here," Claborn said. "We're just going to have to keep fighting, believing and getting better every day. I know that sounds redundant and cliche, but it really is and it's what will get us over the top."