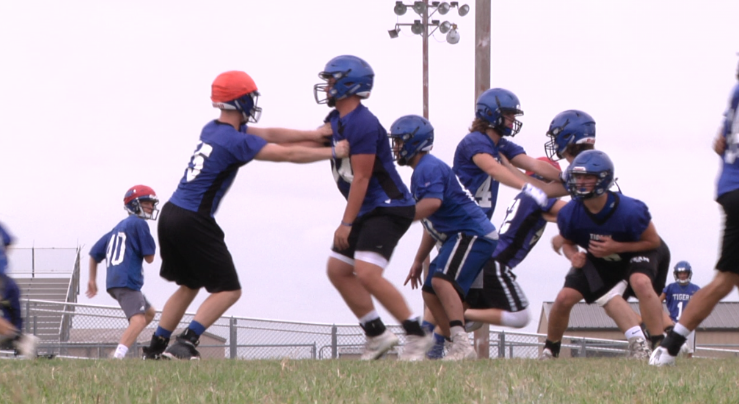 GUNTER, TX. -- The Gunter Tigers are coming off a season of unparalleled success, but just like every other team they come into 2017 with a blank slate.

"Last year was awesome," Gunter quarterback Daylan Bower said. "We didn't forget about it, but we just push it to the side. We can't focus on that. It's a new year, a new team and we're ready to go."

"We just like to put it behind us and focus on the new year," Gunter running back Zach Lowe said. "We have a lot of new faces and we have to set high expectations for them."

"Winning the state championship is awesome," Gunter head coach Jake Fieszel said. "That was last year. This is a totally new team, new group. We started developing this team back in January."

Developing a team that will take the field with a new starting running back as well as a new starting quarterback, either Daylan Bower or Eathan Everson.

"Trey (Carr) did a great job last year," Bower said. "We're just trying to battle it out and have fun competing."

"They are battling it out there and doing a great job," Fieszel said.

But as the names and roles change, the football history remains constant.

"Well my whole family grew up in Gunter, so it's a big tradition," Lowe said. "Our senior class, we like to set the bar higher than when we found it."

"Expectations are always high, but we're just trying to take it week-by-week and focus on the next one," Bower said.

"Right now all we can do is go back and evaluate today's practice, then try to go out tomorrow and have a better practice," Fieszel said. "If we can do that, hopefully our team is getting better and we can go win some ball games."