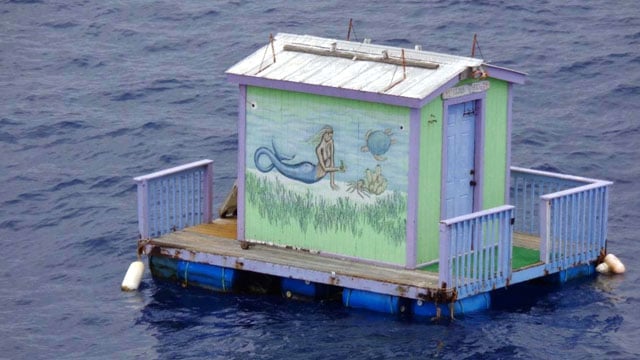 A Coast Guard news release says it was reported to have broken free from its mooring without anyone aboard.

The building is green with lavender trim. The side that would have faced land features a painting of the mermaid, a sea turtle and an octopus. Above the blue door on one end, a sign appears to include the word "shed."

Magee says there's no report of anyone claiming ownership.

This story has been edited to correct style of "blond."

Copyright 2017 The Associated Press. All rights reserved. This material may not be published, broadcast, rewritten or redistributed.