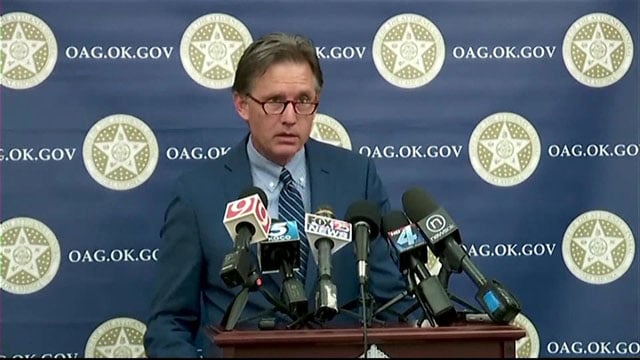 A controversy over Christian religious symbols the East Central University campus chapel is now getting some attention in Oklahoma City.

"My office stands ready to defend the religious freedom of Oklahomans," Attorney General Mike Hunter said in a letter to the Chair of the Regional University System of Oklahoma that was released late Wednesday.

Last week, ECU President Katricia Pierson said Bibles would be removed from the Kathryn P. Boswell Memorial Chapel, and that the university was considering taking down the cross atop the building's steeple in response to a demand letter from Americans United for the Separation of Church and State.

Pierson put those plans on hold one day later after a sharp public reaction. And now Attorney General Hunter says the State is willing to intervene.

Hunter also indicated that Pierson should not let a committee review the future of religious iconography at Boswell Chapel.

"I am formally requesting that this matter be referred to the office of the Attorney General," he wrote. "The highest priority must be placed on ensuring the defense of Oklahomans' religious freedom under the law."

Here is a copy of the Attorney General's letter: