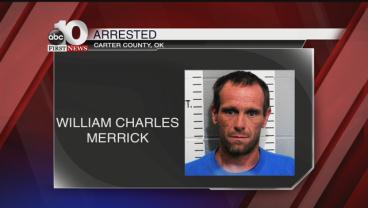 HEALDTON, OK -- A city official in Healdton has been arrested after police say he beat another man.

Merrick works for the Healdton Industrial Authority. We're told he manages the lake.

He’s been charged with aggravated assault and battery. He faces up to a year in jail or a $500 fine.