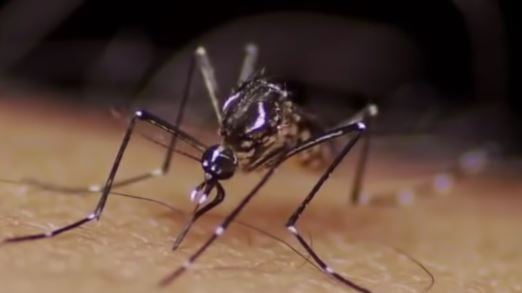 ARDMORE, OK -- The Carter County Health Department is reporting that recent tests of mosquitoes show no signs of the Zika virus.

However they did find the type of mosquitoes that could carry the virus.

The tiny black and white spotted mosquito is normally found in tropical regions like South America.

But somehow, some have made their way to the Ardmore area and health officials say they are baffled.

The aedes agypti mosquito is the only known mosquito able to carry the Zika virus.

And the Carter County Health Department says they have been found in two out of six mosquito traps in Ardmore.

"It’s kind of like the flu, you get headaches nausea, conjunctivitis, and you can get a rash, a full body rash,” Acevedo says.

Health officials say Zika is usually a relatively mild disease, unless you are pregnant.

The virus can affect the fetus during the first trimester, causing the baby to have permanent birth defects.

The health department says, not only can you contract this virus through a mosquito bite, but it is also sexually transmitted.

"It’s just scary to go outside, or anything, it freaks you out, especially having small children, and there’s so many pregnant people around and it’s just crazy," Ardmore resident Angelica Musick says.

Health officials say unlike the mosquitoes we see every day, this particular mosquito bites during the day.

It also breeds in urban areas where there are tight warm places to hide.

"Just lather up with off and stick around scented candles, and stay out of the sun and fresh air I guess as much as possible," Ardmore resident Hayley Cantley says.