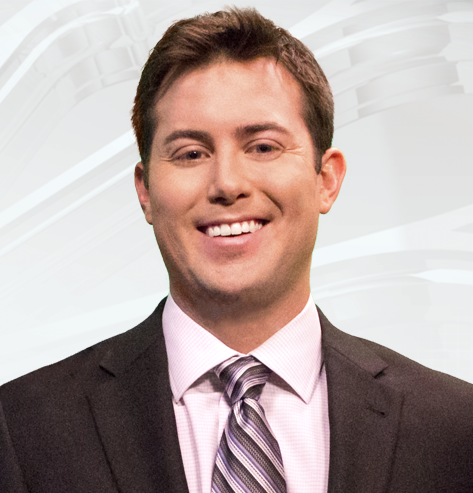 Cash joined the KTEN team in August of 2016 as weekend meteorologist and news reporter. As a native North Texan, he could not be more excited to be in Texoma.

Born in Oklahoma City and raised in Dallas, Cash has experienced all kinds of weather. In high school, he played multiple sports and aspired to be a professional athlete. Once he figured out that dream wasn’t in the cards, he went on to the University of Texas (Hook 'em) to study broadcast journalism and do the next best thing … talk about sports. This would not be his true calling though.

In his final year at UT, Cash took a few weather courses and decided to pursue a second degree in meteorology. Upon graduation, this Longhorn was deciding which rival school to attend for this new venture ... University of Oklahoma or Texas A&M. Cash decided to stay in Texas and after an additional three years of school, he received his degree in meteorology from Texas A&M (Gig 'em).

The Longhorn/Aggie is no stranger to the media industry. He interned with five different stations during his almost never-ending college days. That said, he is thankful for all the people that helped him get to where he is today and is looking forward to bringing all his experience and knowledge to the Texoma community.

In his off-time, Cash enjoys camping, fishing, watching sports and playing hockey. He is a huge Dallas Stars fan and tries to go to as many games as possible.

If you have any weather concerns or environmental news tips, please contact Cash at cpayne@kten.com.