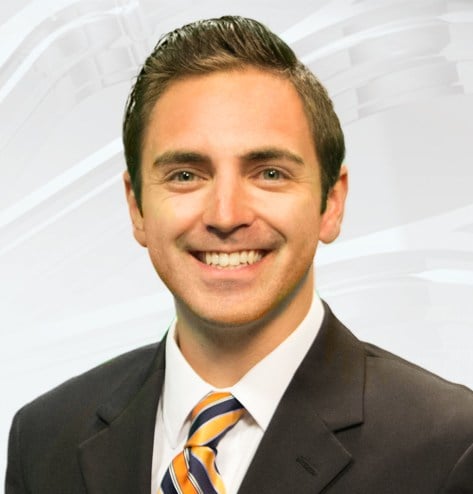 Scott joined the KTEN news team in November 2015. Scott is a graduate of the University of Central Oklahoma, where he worked as a reporter and anchor for UCentral News. During his time working for the campus news, he covered big stories such as the OU SAE fraternity scandal and various crime stories in and around the Oklahoma City metro area.

Scott is no stranger to the news industry. While attending school, Scott worked for KFOR-TV as a writer and assignment editor. KFOR is Oklahoma City's Emmy award-winning NBC affiliate. Scott's passion for news started at an early age when he was able to tour his local television station in Ft. Smith, Arkansas.

"The day I stepped foot in there, I knew this was what I wanted to do: Telling the stories of the people, the community," he said. "That is what means the most to me."

An Oklahoma native, Scott is excited to be here in Southeast Oklahoma and North Texas.

"I never meet a stranger. I'm happy to meet the people of Texoma and enjoy all the area has to offer."

To say hi or send a news tip, e-mail Scott at smartin@kten.com