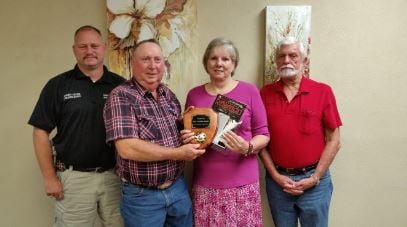 MARSHALL COUNTY, OK -- A Madill couple is being honored for their heroic actions.

The Gilmores are being recognized for how they handled a break-in that happened at their home back in march.

The night of the incident three people broke into their home with the intent to rob them, but the Gilmores fought back shooting two of the intruders.