Ardmore Man Gets Life In Prison For Rape 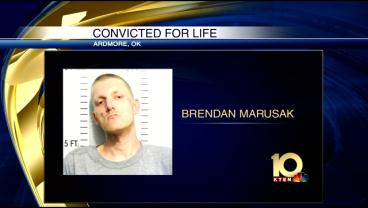 CARTER COUNTY, OK -- And an Ardmore man has been sentenced to life in prison plus 135 years for kidnapping and raping a 7 year old girl.

27-year-old Brendon Marusack was arrested back in September of 2013.

Police say he abducted the girl and then barricaded himself in an apartment at Ashbrook Place.

He was indicted on several charges including kidnapping a child under 10 years, rape in the first degree, lewd acts with a child and burglary.