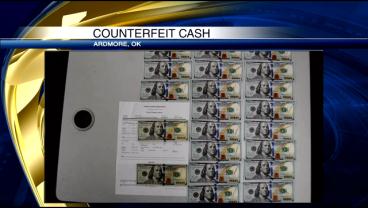 ARDMORE, OK -- Ardmore police are looking for suspects in a counterfeit money scheme.

Officers say it happened Sunday afternoon at  the store on North Commerce.

They say a shopper used more than $2,000 dollars in counterfeit bills to buy food, clothing, and electronics.

This is a surveillance photo of the people police believe are responsible.

If you have any information about this crime you're asked to call the Ardmore police department.