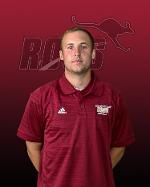 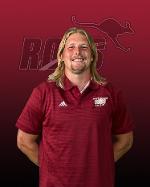 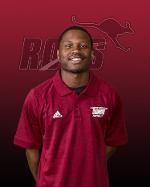 Jesko, a senior quarterback from Dalhart, led a the 'Roos offense on Saturday afternoon against Hendrix, where Austin College dropped a close contest 38-28.

Jesko had a big game against Hendrix through the air, throwing for 298 yards and three touchdowns and nearly leading the 'Roos to an improbable comeback after the team had fallen into a 24-0 hole, as Austin College outscored Hendrix 28-14 over the final two and a half quarters.

Hoye, a sophomore defensive back from Gladewater, led an Austin College defense that came out and slowed down a high potent Hendrix offense, limiting the Warriors to only 14 points in the second half in a 38-28 loss.

Hoye had an outstanding game in the Austin College secondary, making nine tackles including six solo stops and coming up with two pass breakups.

For the season, Hoye is fourth in the conference with two interceptions and seventh in the conference in solo tackles with 23. His 39 tackles are fifth on the Austin College defense. This is his second Defensive Player of the Week honor this season.

Davis, a senior defensive lineman from Howe, made plays on the special teams side of things, as the Austin College 'Roos completed their three game roadtrip with a 38-28 loss to Hendrix on Saturday.

Davis scored a special teams touchdown against Hendrix, recovering a bad snap on a punt attempt and finding the endzone from 15 yards away. Davis also had two tackles in the game.

For the season, Davis has 27 total tackles on the Austin College defensive line including one sack on the year.