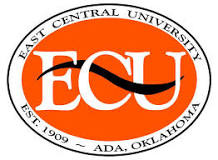 ADA (ECU) - East Central University Head Men's Basketball Coach has announced the addition of Aaron Hill as the new assistant coach for the Tiger program in 2014-15.

"I am extremely excited to welcome Aaron and his wife Andrea to the Tiger family," said Havens. "Aaron brings a wealth of successful playing experience at both the college and professional levels. In addition, he possesses the work ethic and basketball knowledge that will help elevate our program going forward. He is loyal, enthusiastic, and will positively impact our student-athletes both on and off the floor. Aaron personifies the values that are important to our program and he will be a tremendous representative of East Central University."

Hill has spent the last two seasons at Eastern Arizona College as an assistant coach. While with the Gila Monsters, he helped the team to 39 victories in two seasons, including multiple wins over nationally ranked teams in the NJCAA. At EAC he assisted with recruiting, creating strength & conditioning programs, scouting and working with post and perimeter players.

The program produced five all-conference and three all-region players as well as a conference freshman and player of the year and a two-time all-American.

A two-time Missouri All-State and Mr. Basketball Finalist himself, Hill has also coached at the high school level, as an assistant at Quincy High School in Illinois from 2010-12. In his final season the team claimed the Western Big Six Conference Championship and finished 20-7 in 4A.

Hill spent four seasons at Rockhurst University where he ended his time with the Hawks at No. 5 on the school's career scoring list. The two-time All-American and Great Lakes Valley Conference Player of the Year also set school records for three-point field goals made in a season and career. Hill was also a two-time GLVC Scholar Athlete of the Year and earned two Capital One Academic All-America honors.

After college Hill moved on to play professionally in Australia for the Ringwood Hawks for one season. In 2011 he was selected as a BigV League All-Star and was among the league's leaders in scoring, three-point shooting and steals.

The Canton, Mo., native earned a bachelor's degree in accounting in 2008 and a master's degree in business administration from Rockhurst in 2010. Hill is married to the former Andrea Knapp.

"I am very happy for Tomas and his wife Abby," Havens added. "He did an outstanding job for our program last year and was instrumental in establishing a winning culture for Tiger basketball. We all wish him well and look forward to following his success as a head coach at Hillcrest High School."