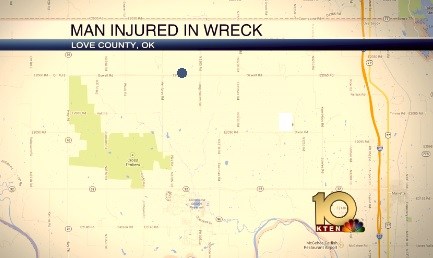 LOVE COUNTY, OK -- A driver in Love County was injured after he topped a hill to find another car.

It happened around 5 p.m. on Saturday on Oswalt Road, west of Pike Road.

Troopers say Michael Ayres, 29, of Bixby, Okla., was left of center when he reached the hill.

That's when they say he overcorrected and lost control, rolling over twice.

Ayres was not wearing a seatbelt and was ejected from the pickup, an OHP report stated.

He was taken by helicopter to Plano in stable condition.