School Board In Sadler Approves Allowing Teachers To Carry Guns 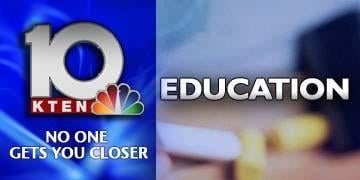 The program was amended to add psychological evaluations and they plan to have about 20 staff members take part, superintendent Tommy Hunter said.

They plan to buy gun safes for classrooms, mace guns, and ammunition, but the teachers will provide their own guns, Hunter said. The estimated cost is about $20,000.

Dozens turned out last Monday for a meeting at the high school about this issue, and the school says one-third of their teachers have already volunteered to carry guns.

Tonight, school board members told us they were planning to discuss the "Defender program" as one of several during an executive session.

They went into that closed door meeting around 6:50 p.m. and they are also considering several other items including teacher contracts. Hunter says they wrapped up after 10 p.m.

We did see a gun safe that employees say Hunter was given as a test model, along with a holster.

"You can't ever imagine all the scenarios that could happen if you have the guns in the school, but then we sit out here where we don't have a police department so you don't want anything to happen like somebody walk in off of 82," says S&S grandparent Jan Fowler.

"I believe that the school district is going to take steps to make sure that the teacher are trained, the staff is going to be trained properly and that that training's going to be continual so it's not just going to be one class, but there will be more training offered for those teachers over time," says S&S parent Jeremy Cox, who also teaches concealed handgun permit classes and may do some for staff members.

Hunter says it's needed because Sadler doesn't have a police presence. The closest departments are Whitesboro and Southmayd, and the area is covered by Grayson County Sheriff's Office in Sherman.

Following school shootings across the country, another small-town Texas district, Harrold, outside Wichita Falls, has drawn attention because it allows teachers to carry guns.

Usually, guns are not allowed on school property unless an officer is carrying them.