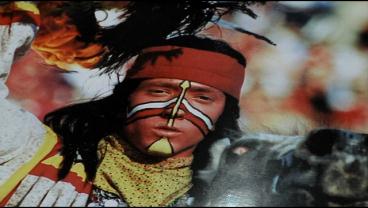 "It was a huge win for us and the guys fought hard. So it was neat to be able to have this heritage, that I've been apart of for all these years, and then get to live that out last night with the big win from those guys was pretty awesome," Lincoln Golike said.

Now Golike isn't your typical FSU alum; he is part of a very small group of men who have been able to represent Florida State University as Chief Osceola.

"I got the opportunity to be Chief Osceola. I apprenticed in 1999 when we won our first National Championship. Then I got to ride for the National Championship celebration that year and it was awesome at Doak Campbell. And then got to do it for the next four years," Golike said.

There were many memorable plays in last night's BCS Championship Game, but the one Golike remembers most, happened before to kick off.

"We saw him last night, were rewinding the DVR, going 'oh rewind! Rewind!' and my kids came in and said, 'hey Daddy that was you!' So it was a pretty cool thing and not to many people actually get that opportunity," Golike said.

"I'm blessed by that opportunity that God allowed me to do something so cool. And then have these memories that I get to share with my kids and show them and they get to see that. So when we saw him last night it was awesome and the whole family was excited," Golike added.