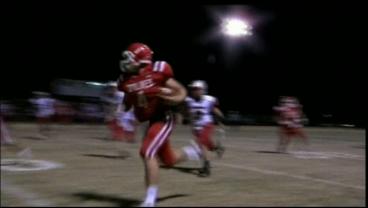 DAVIS, OK -- The Davis Wolves have it all. A high scoring offense, stifling defense and the experience to take state.

Their hands will be full with Oklahoma Christian, but ask any of them and they'll tell you if they play 48 minutes of Davis Wolf football the trophy is theirs for the taking.

It's been 17 years since Davis last took the gold, but they've been just inches away falling in the title game four times since the year 2000.

That heartbreak includes a trip to Stillwater in 2010 where they'd fall 14-0 Hennessey.

A lot was gained from the experience, but this 2012 group has an identity of it's own.

"Every team is different, every team is different. We got a different skill set, almost completely different players," said head coach Jody Weber. "They were all on the team but not a lot of them were starters on that team, a few of them were, but one positive is they've been there, they've been in the atmosphere and it shouldn't be something that's a distraction, and we can just try to focus on getting one more win."

This time around the undefeated Wolves will get Oklahoma Christian, a team that only lost one game to a Class 3A semi-finalist and plays almost a completely different style of ball than Weber's wishbone.

"They got a quarterback that just puts it on the money every time, and we've had trouble with that, but I think the way we played last week we can get it together and put a little pressure on them," said senior running back Deaundre Carr.

"They're good, you can't make it to the state championship just by luck, they have some talent, but, they're pretty good in the passing game, which has been one of our main concerns this year, but I think we can handle them," said senior offensive and defensive lineman Hunter Beesley.

"We have to play football, we can't play grass basketball, we're not good at it. And we got to get in a physical game and we got to just continue to attack and not get on our heals and let the scoreboard take care of itself," Weber added.

Only 48 minutes separate the Wolves from making history, and with so much heart break since '95 you've got to believe it's time.

"Every thing worries me, I'm a football coach. We're a miserable lot of people and it doesn't take much to get us nervous. But, I've got a good football team, we're going to take them up there, and if we play our very best, we like our odds and we're just going to go up their planning to do that," Weber concluded