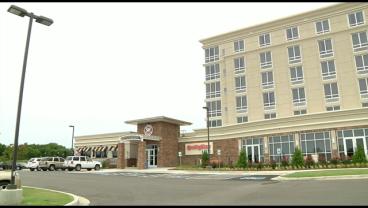 People are always going out to watch the Thunder play, and Michael Robertson of the Sporting News Grill in Ardmore says that Thunder games during the playoffs brought in almost three times as many customers as non-Thunder games. He says that even a regular season game will fill the restaurant to about seventy-five percent capacity, and that for the finals game, they plan to have plenty of staff.

"We're pretty well staffed up tonight, we got as many servers as we can probably fit on the floor; bartenders, cooks getting ready for the game tonight. We're also running some appetizer specials, and some drink specials for the game," he said.