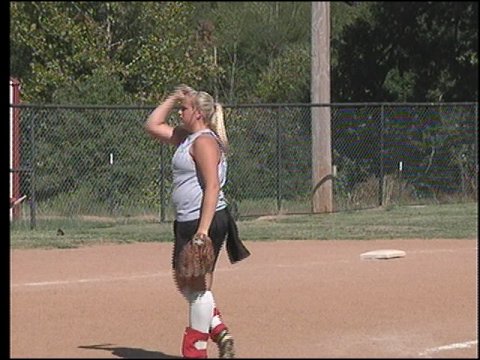 "These kids pretty well eat, live and breathe baseball, being out on this field and playing this game and they love it," Head baseball coach Matt Brister said.

Both their softball and baseball teams are heading to the state tournament on Thursday and the way they got there was unusual.

The boys had to fight their way through the regional tournament's losers bracket and win the consellation game after losing in the first round.

The 25 and seven girls team only has nine girls, which is just enough to take the field.

But each team's success came in large part from the help of senior twins Macie and Chase Crites.

"You can tell that they're great athletes, they're leaders on the team. Macie Crites has over 250 strikeouts so far this season. Chase hit a walk-off home run to get his team to state," Head softball coach Jackie Dollarhide said.

Macie is the starting pitcher for the softball team. She says she started every varsity game this season except for two.

Chase plays short stop, pitcher and bats third for the Cougars. He's hit five home runs this season including the walk-off in regionals to get them to the state tournament.

There's no rivalry between the two. In fact each are proud of their sibling's team.

"We're just kind of happy we're both going because we both worked really hard," Chase said.

"They've worked hard, just as hard as we have and it's cool that they get to go to state also," Macie added.

The whole community is rallying behind the cougars and Thursday they expect to have a large caravan on their way north to the state's Capitol.