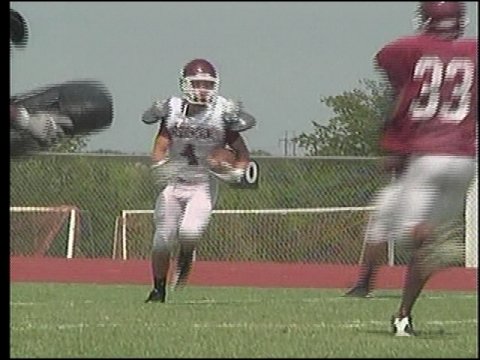 SHERMAN, TX -- The Texas high school football season kicks off Friday night.  But for Sherman High School, they get an extra day to prepare.

While most Texas teams have a Friday night kickoff, the Sherman Bearcats will open up the season on Saturday. Sherman is participating in the Kickoff Classic in Cotton Bowl stadium and the Bearcats are excited to play in the legendary venue.

"When you see the teams that you root for play there, I think it makes that exciting.  These guys have a lot of respect for it and they want to be able to play there.  It's something they can share with their family and they can have a memory of that forever," Bearcat head coach Gary Kinne said.

"I'm nervous but at the same time I'm trying to keep calm and not mess up on anything," senior safety and receiver Ryan Reid added.

Sherman's first opponent: The Colony, a team they beat last year but know has a lot of talent.

"They've got an outstanding quarterback that has offers from a lot of colleges.  And an outstanding receiver that has committed to Colorado.  They offensively present some challenges so our defense is going to have to play well.  Their good on defense, but we match up pretty well," Kinne explains.

Kinne says he was impressed with the Bearcat offense's improvement in the scrimmage. Although, he hasn't made the decision on which quarterback will get the start Saturday.

"They're both just two, there's not even a word for them.  They're just outstanding quarterbacks," Reid added.

The Bearcats hope to have a successful enough season to end the year in the state championship at another high profile venue: Cowboys Stadium.