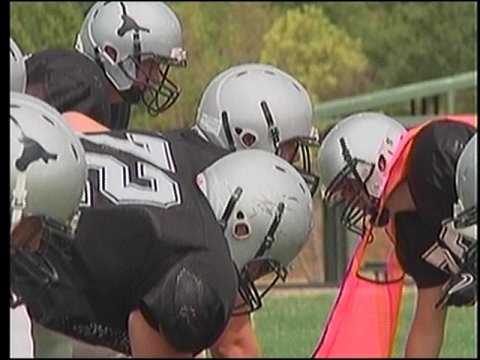 LONE GROVE -- The Lone Grove football team got a taste of the playoffs last season and they've decided now they want more.  The Longhorns won their final three games of the year, but fell short in the first round of the playoffs and they want to build off of that momentum.  Lone grove is very comfortable with third year starting quarterback Jacob McClanahan to make the decisions in their spread offense.  Sixth year Longhorn head coach Kenny Ridley says they have a great nucleus of returning starters back: 7 on offense and 8 on defense.  But there are still spots open and he expects the youth of the team to step up.

"Our kids know that we are going to play the best players.  We're not too concerned about being young.  If they're a freshman out here and they're the best player then the coaches are going to put him out there and give our team a chance to succeed.  So we kind of let the chips fall and we may have the seniors alongside the freshman and if that's what it takes to get the job done, then that what we'll do," Ridley explained.

Lone Grove begins the season with a home contest against Marlow.