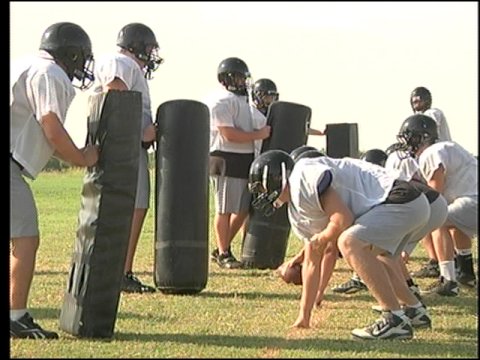 HOWE, TX -- Following a long playoff drought, the Howe football team made it to the postseason last year.  And expectations are high heading into the 2011-2012 season under new head coach Joe Watson.  The Bulldogs promoted from within and there aren't too many changes on either side of the ball, except the 19 seniors they lose.  But that doesn't worry Howe at all.  Their strength this year is their size.  The Bulldogs say they have grown bigger and filled the voids, all while trying to deal with the added pressure of making it back into the playoffs.

"Just taking it and embracing it.  The fans having faith in us is just going to make us play stronger," senior center and defensive end Sam Sloan said.

"That was last year's team.  It's what this year's team can do that's important.  Let's improve from last year.  Let's go farther this year than last year," Watson added.

Howe opens the season with a home game against Collinsville.