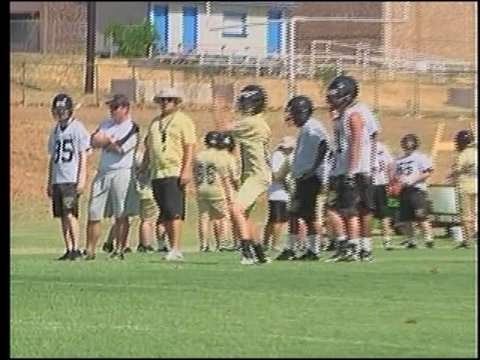 DENISON, TX -- The Denison football team is heading into the 2011 season, not talking about last year.  The Yellow Jackets went 3-7, but they think their young team has matured and is ready to do some damage in district.   They're returning 16 players with game experience and their biggest strength will be their offensive line.  Denison's front five are all back from last year and there is a battle for the quarterback spot.  But the Yellow Jackets are still looking for players to step up.

"Everybody's done it before.  It's not a problem.  We feel like we can just come back and hammer it hard and get it finished," Junior Safety Keondrick Golston added.

"That was just a building year, I feel like.  And this year, everything's in place now," Junior Quarterback Clifton Hines said.

Denison opens up the season on the road at Kennedale.